After enjoying many fun beverages and cool people at Friday night’s improv afterparty, I woke up chilly but well-rested at 8:30 Saturday morning. I’d previously learned that the “oldest pool in Reykjavik” (I don’t know how to verify these things) was just a block from my apartment. So I threw on my layers, walked over, and paid a $9 entry fee to soak alongside the locals.1 I sank into the 42-degree water (yes, that’s in Celsius) and listened quietly to their friendly Icelandic chatter, failing to recognize a single word. It felt like my most authentically Icelandic experience thus far.

My body temperature sufficiently raised, I then spent the $30 Of Shame on a new hat before returning yesterday’s rental car. The rest of mid-day was, as I’d hoped, chillax. I walked along the waterfront and had a perfectly decent burger at a well-known local dive. I wandered through a moss-draped cemetery, shoes squishing in the black leaves under my feet. 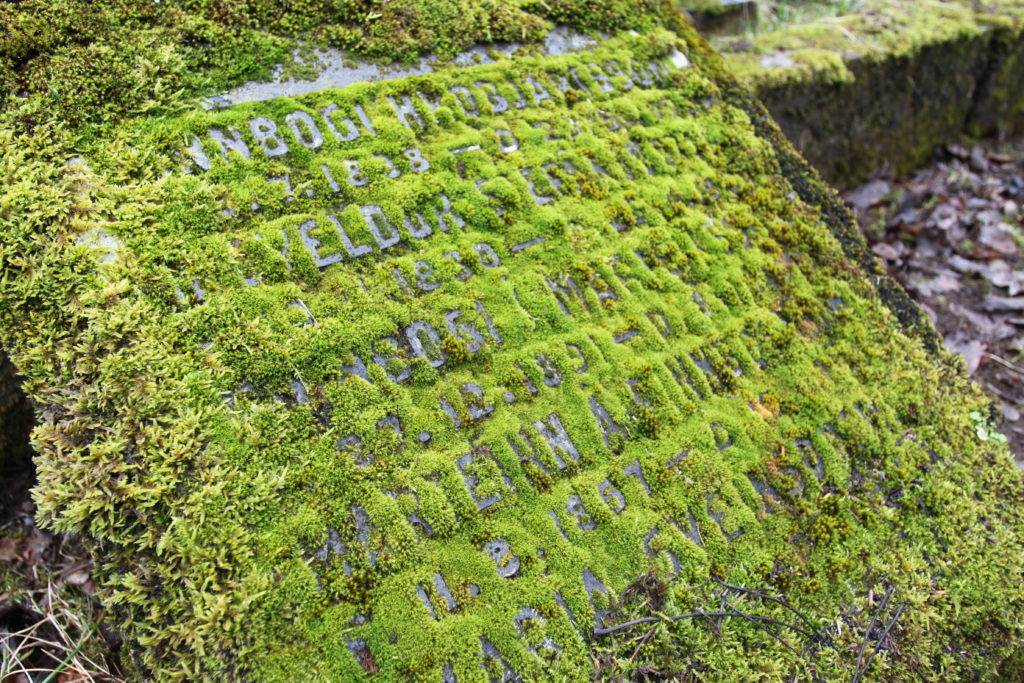 I went to the National Museum and saw thousand-year-old artifacts that had, in an amusing number of cases, been randomly found in some Icelander’s attic. In one corner was a shockingly well-preserved jawbone from a Viking woman, who had died in eastern Iceland shortly after 900AD and been partially mummified in the ground until a road crew uncovered her in 1938.

Then I pressed against the bitter wind, back up the hill to the Airbnb. Did I buy a sugar-covered waffle from a food truck on the way?

Back at the apartment, I found a newly-arrived tourist from Seattle in the adjacent room. She said she was making coffee and asked if I wanted some. “Sure,” I said politely, and a few minutes later was handed some sort of coffee-flavored pudding. Lesson learned: never assume the person offering you coffee actually knows how to MAKE coffee. The caffeine burst definitely helped, though, as I caught up on photos and Merlin Works stuff.2 Plus, the view out my bedroom window was not bad at all. 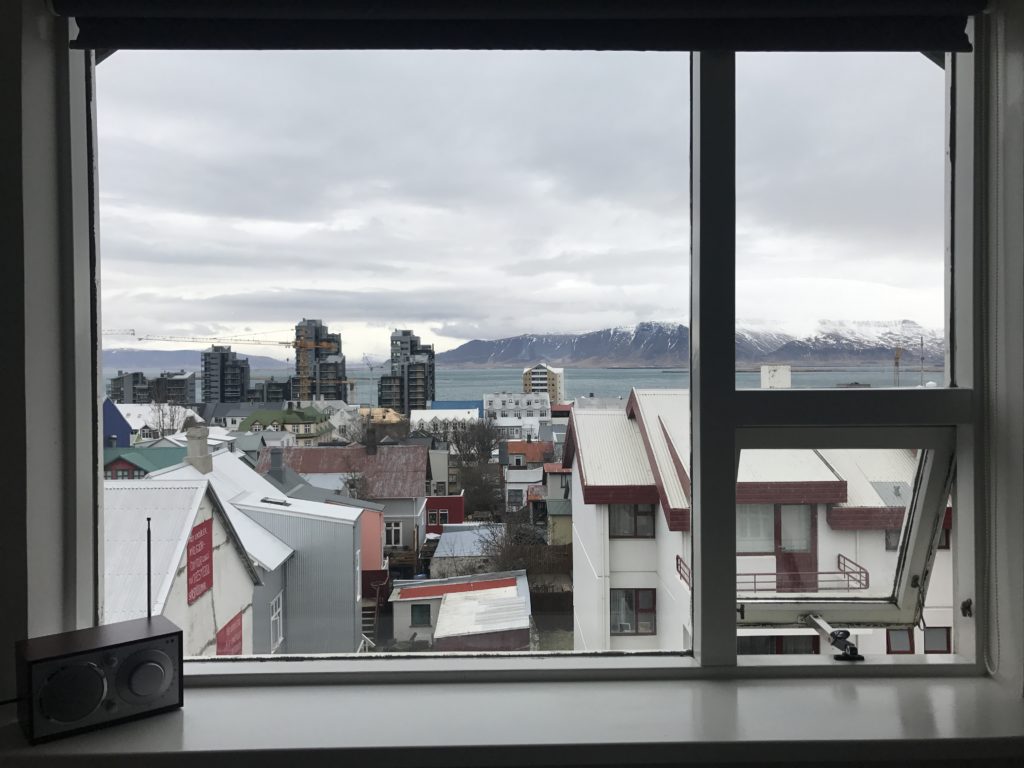 After a not-long-enough catnap I walked through the wind, which I’m pretty sure is getting colder and bitterer by the hour, to the theater for the final night of the Iceland Improv Festival. On the one hand, I should’ve said more about the festival thus far; on the other hand, IT’S NOT LIKE I DON’T TALK ABOUT IMPROV ENOUGH. But it was a delightful night of comedy, with an especial shout-out to the amazeballs headlining set from North Coast out of New York City.

I enjoyed myself at the tiki bar (?!) where the festival had its afterparty, then wandered back to the Airbnb for the final time. The moon rose beautifully behind the Hallgrimskirkja cathedral, and I suddenly realized: the moon is out! For the first time since I arrived, the sky is clear! It might not last, but even at night, it’s mildly exciting.

Back home now. Still sorting through Merlin Works work. Tomorrow at 7:30am, I take the bus to the rental place to pick up my camper van. I doubt that I’ll go off the grid, but the Internet might become spotty for me. Barring a catastrophic volcano eruption, though, you can assume I’m fine.

Gonna abruptly end this entry with some cool graffiti (if this even counts as graffiti) in downtown Reykjavik. 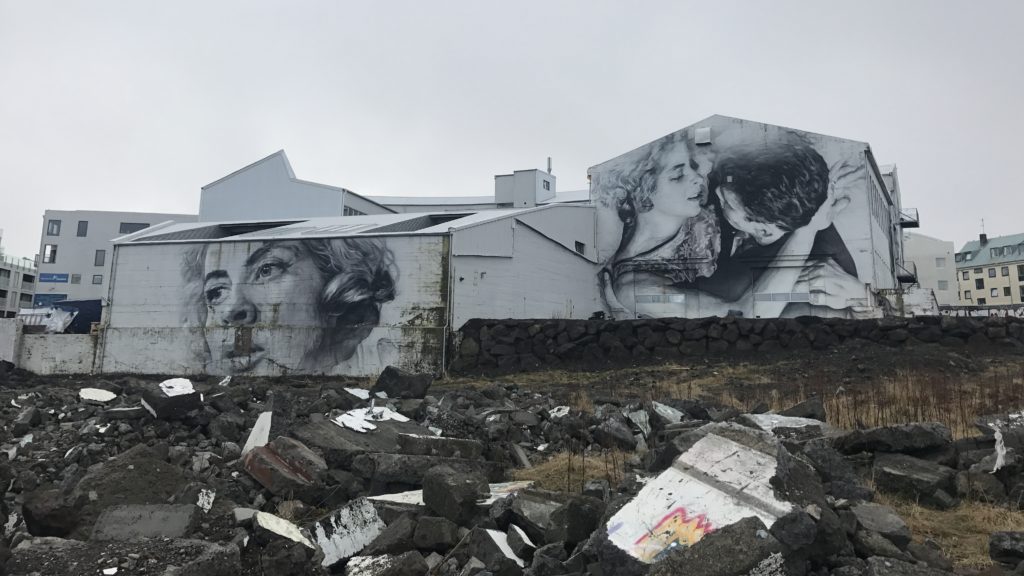