To get from London to my stopover at Dubai, I boarded an Emirates Airlines Airbus A380, which felt like the biggest thing I’d ever seen. It’s two stories from tip to tail, like something a child might draw. As we rolled down the runway, I trusted they had done the math to ensure this monstrosity could actually take off. 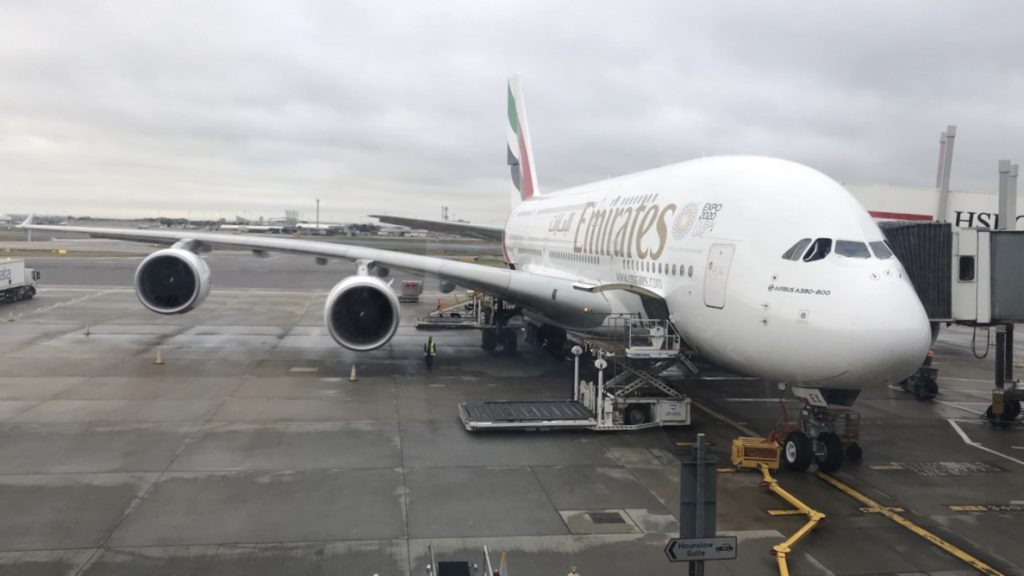 Take off it did. The cartoon airplane took us over the heart of Europe, then Turkey, then Iran (taking an awkward detour around Iraq). I gawked out the window at cities I’ve never heard of, trying to discern their structure. Tourism in the dark at 85% of the speed of sound. 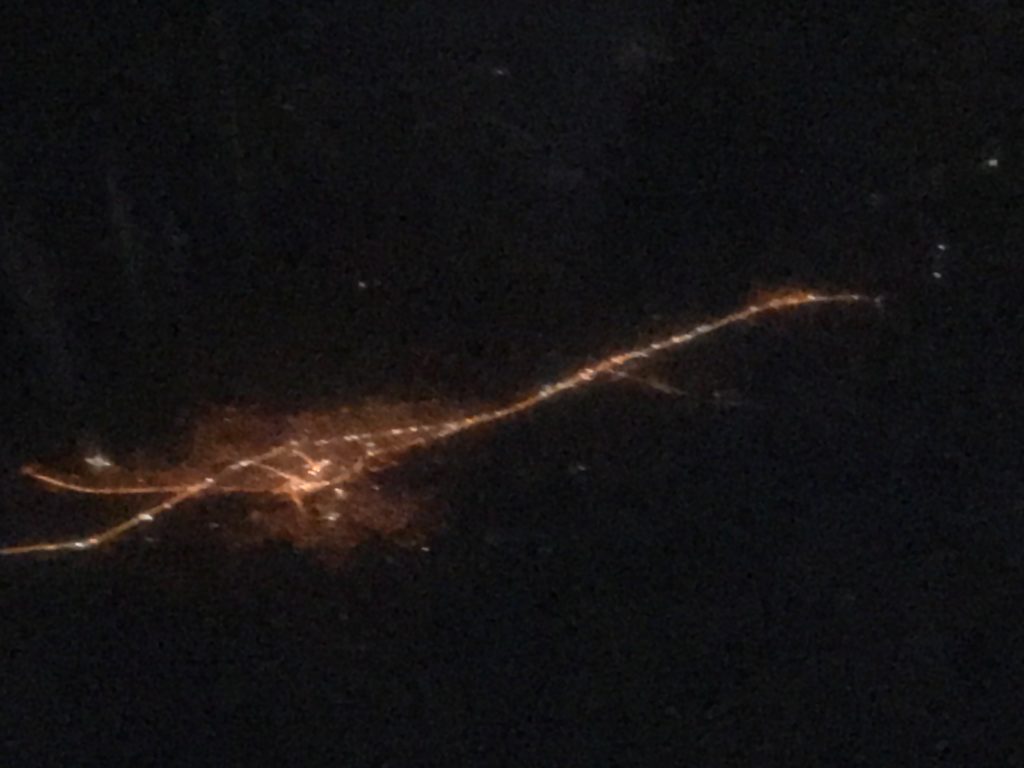 Finally we flew across the narrow mouth of the Persian Gulf (floating oil platforms; cargo ships anchored by the hundreds) and approached Dubai. Unluckily, I didn’t get a proper view of the famous skyline, either landing or departing.1 But even the areas around the city were otherworldly. Geometric subdivisions separated by inexplicably large gaps of desert. Glittering compounds that might have been power stations, or tourist attractions, or both. Highways to god-knows-where, stretched like orange ribbons across the black, literally disappearing in the distance.

I was on the ground in Dubai for literally an hour, scampering from one Emirates jetliner to the other, at 3 in the dang morning. I’d like to see the city some day, but this wasn’t it.

Then I slept most of my way across the African continent, at some point crossing the equator for only the second time in my life. Fall became spring outside my window. When I woke it was day again, South Africa coming up at me from below. 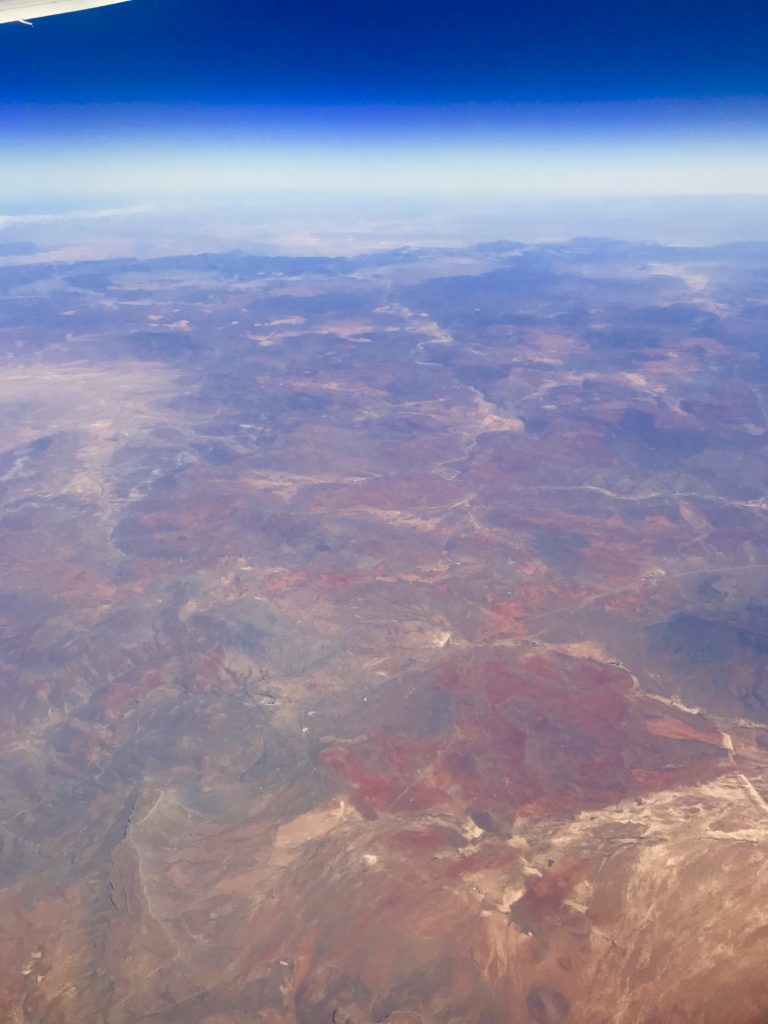 The plane shot out over the Indian Ocean—my first glimpse of the Indian Ocean—then turned back north for a landing. Cape Town came into focus, subdivisions and shantytowns. With hardly a glance in my direction the customs official stamped my passport. I ignored two dozen taxi hype men and made my way outside, where the festival producer Tami was waiting. The weather was fucking perfect: mid-60s, warm sun, blue skies. Time to begin.