I’ve told this story many times: when I was six years old, I told my mom that I only ever wanted to live in a place that snow was exciting. It was the smartest thing that young Kevin ever said.

I wonder if Icelandic kids feel that way about warm weather?

A little note about my sleeping arrangement. My sleeping bag, combined with long underwear and fuzzy socks, is generally quite comfortable in the back of the camper. But there’s a critical flaw, which is my need to breathe. Imagine trying to sleep with an open freezer in front of your face all night. YES I KNOW THE NAME OF THE COUNTRY, THANK YOU.

At 6:30 the sun woke me up, rising over the mountains into a clear blue sky, snow twinkling on the ground. It was easily the prettiest morning thus far. 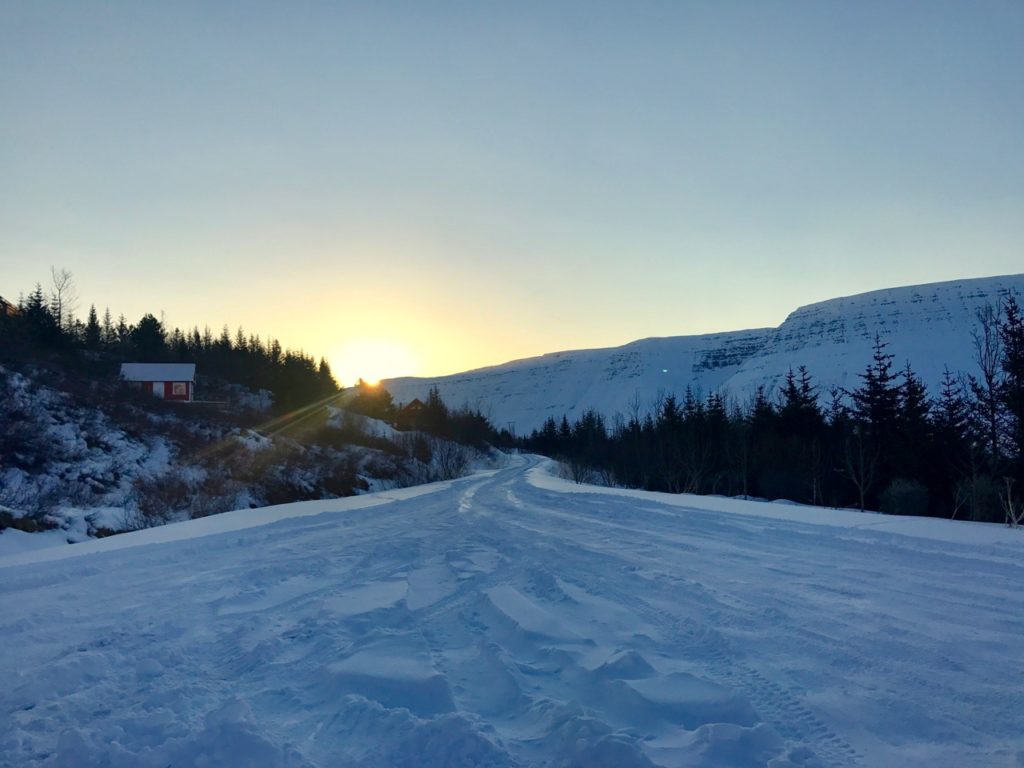 I knew that the highway connecting north Westfjords to south Westfjords was closed, but as a mild protest against the bad luck, I headed in that direction anyway. I was going to see the countryside as far as I could before being forced back.

Directly south of Ísafjörður was a long tunnel with an intersection in the middle, deep under the mountain.

Just south of the tunnel was the village of Flateyri, facing the Greenland Sea. 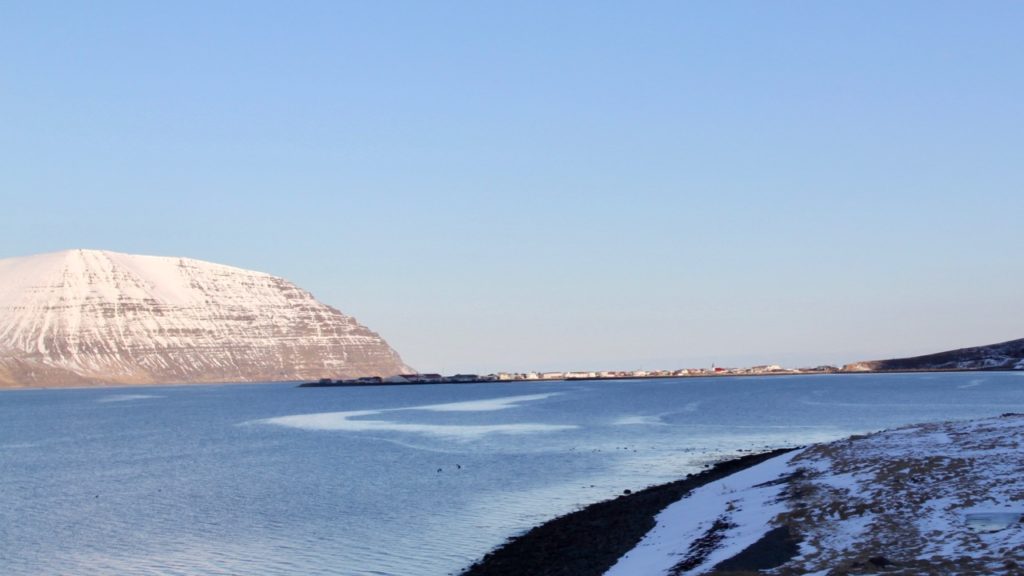 And south of Flateyri, around another fjord and halfway up a mountain pass, I hit an incredibly slippery stretch of road and decided it was as far as I would go.

I got back to Ísafjörður with enough time to attend Easter service at the local “kirkja” (KEERK-ya). I’ve been snapping enough pictures of scenic churches, it seems only fitting that I actually attend one.

For something I’ve literally done over a thousand times, church in a completely foreign tongue is an interesting experience. All the beats were the same, but the inscrutability of the language made it all seem like I was doing it for the first time. I garbled my way through the hymns. I politely stared at the pastor throughout the sermon. I crossed myself when everybody else did. I dipped a very stale cracker into some very sour wine.

And the prayers were well-timed, cause I needed ONE LAST harrowing mountain adventure to get back to the main part of Iceland and start southward towards Reykjavik.

I threaded my way back eastward, up and down the fjords, counting them down like fingers as I went—4, 3, 2, 1. The weather remained glorious. Along the shoreline were various gulls, ducks, geese, and half a dozen other types of bird. At one of my picture stops I listened to a flock of them out on the water call to each other: “Ow-WOOOOoooo.” In two places there were even seals, planking on the rocks. Across the water to the north, white and forbidding, was the uninhabited upper Westfjords. 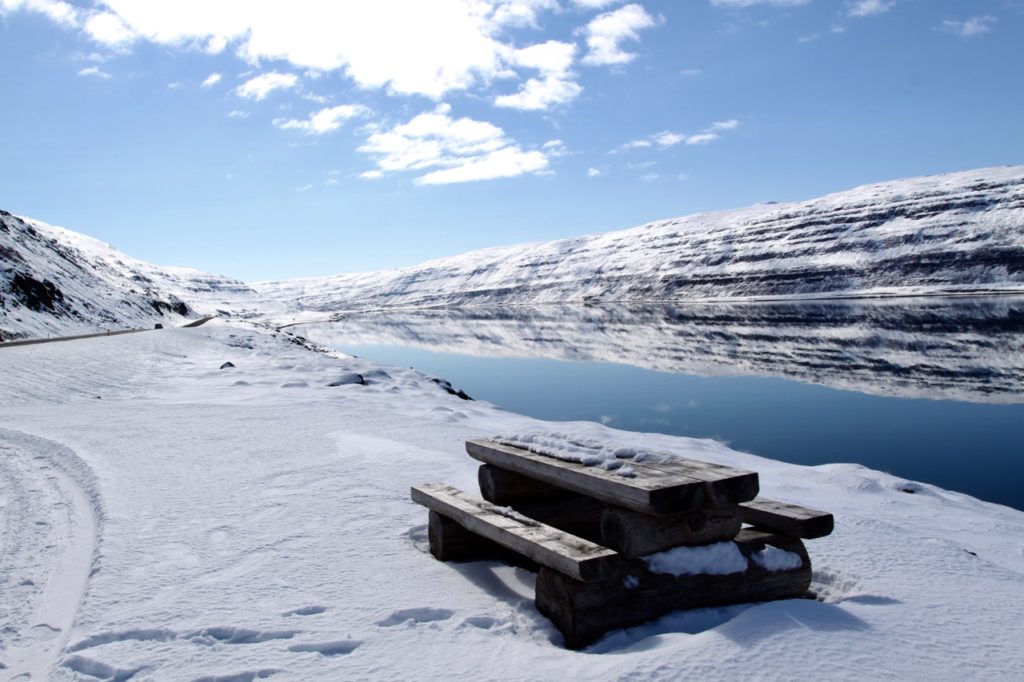 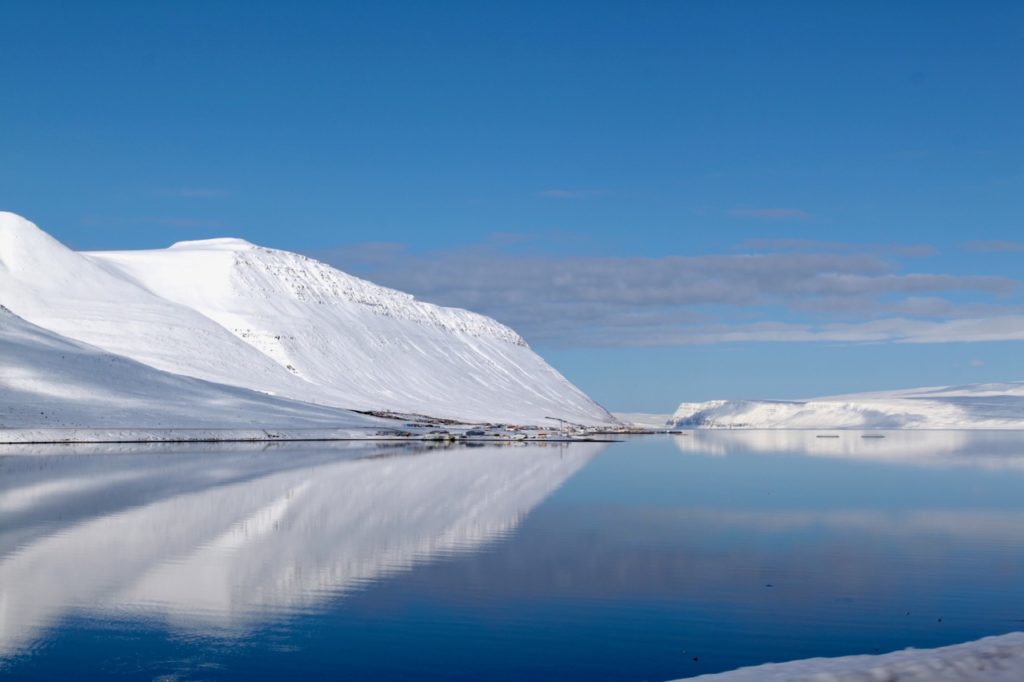 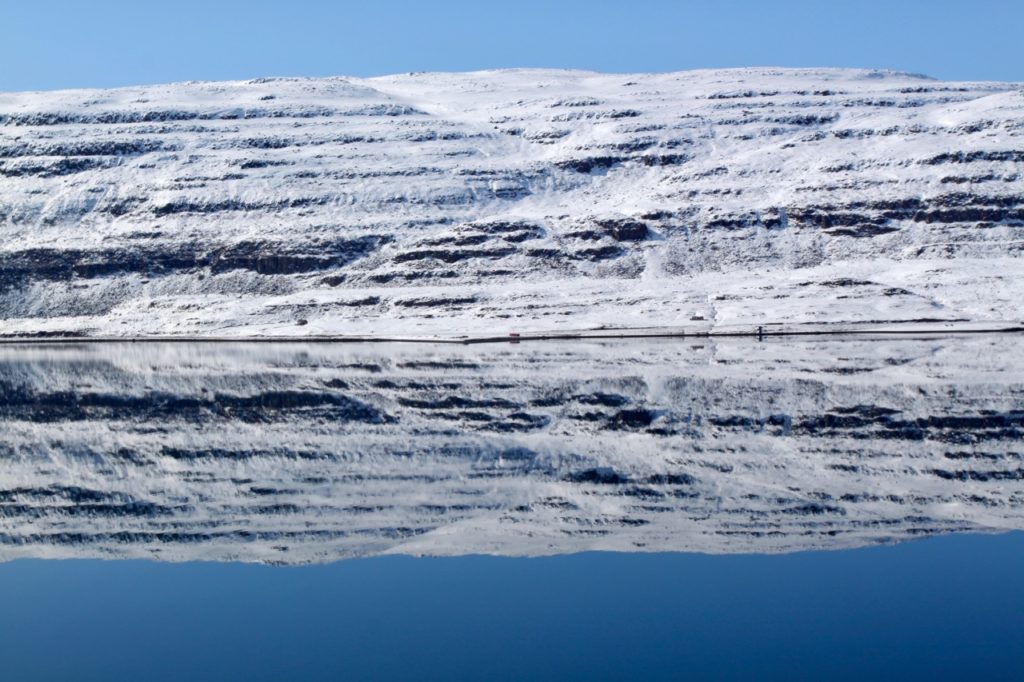 Then I was back to the mountains. A couple of days without snow had done wonders for the road, though—I made it out of the Westfjords with a minimum of exciting slip-and-slide action. Snowmobilers and cross-country skiiers were gleefully zipping around the white landscape as I went.

The afternoon was otherwise uneventful, spent in transition to the next peninsula southward, this one called Snæfellsness (bless you!). When I cleared the last mountain pass, the flatlands of southern Iceland sprawled out in front of me. The highway grew dusty; if it weren’t for the stray swatches of snow and white mountains in the distance, I could’ve been driving through rural Texas. 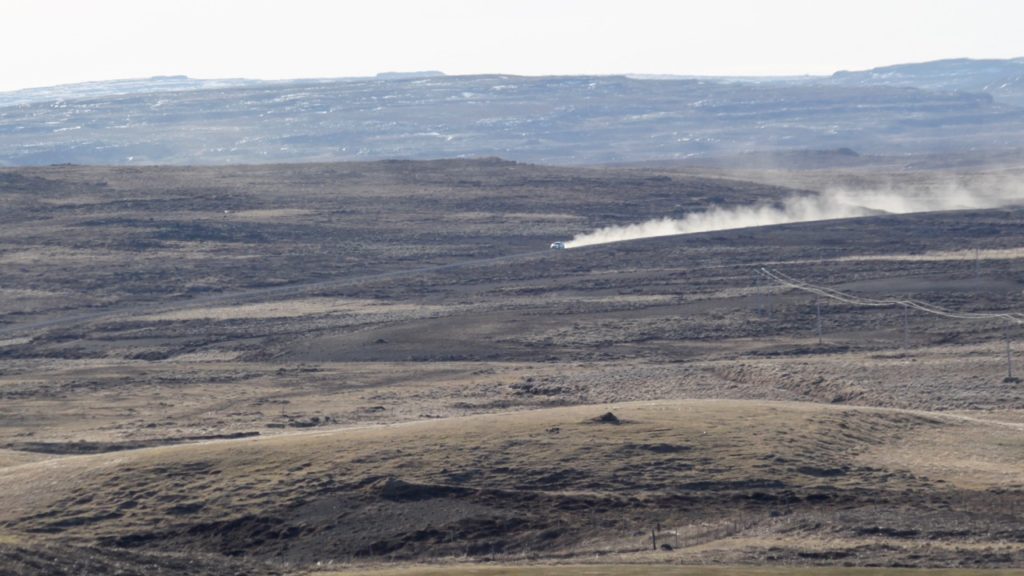 I parked for the night at Stykkishólmur, a quaint little wooden-house fishing village. Just when I was completely used to Iceland’s capricious weather patterns, it finally gave me a beautiful sunny day from beginning to end. Just one more way this country managed to surprise me.

As I settled in, for a second I thought I heard a plane passing overhead. I didn’t; it was the wind. And only then did I realize… I haven’t heard a plane pass overhead since I’ve been here. I keep finding little reminders of how remote I am.