I was wide awake at 6:45 on Saturday morning, and my big tour stop for the day didn’t open until 11.1 And so, like the kids in “The Cat in the Hat,” I sat for several hours, supremely bored in the back of my camper.

If you had told me my day would end with a rap concert, I would not have believed you. 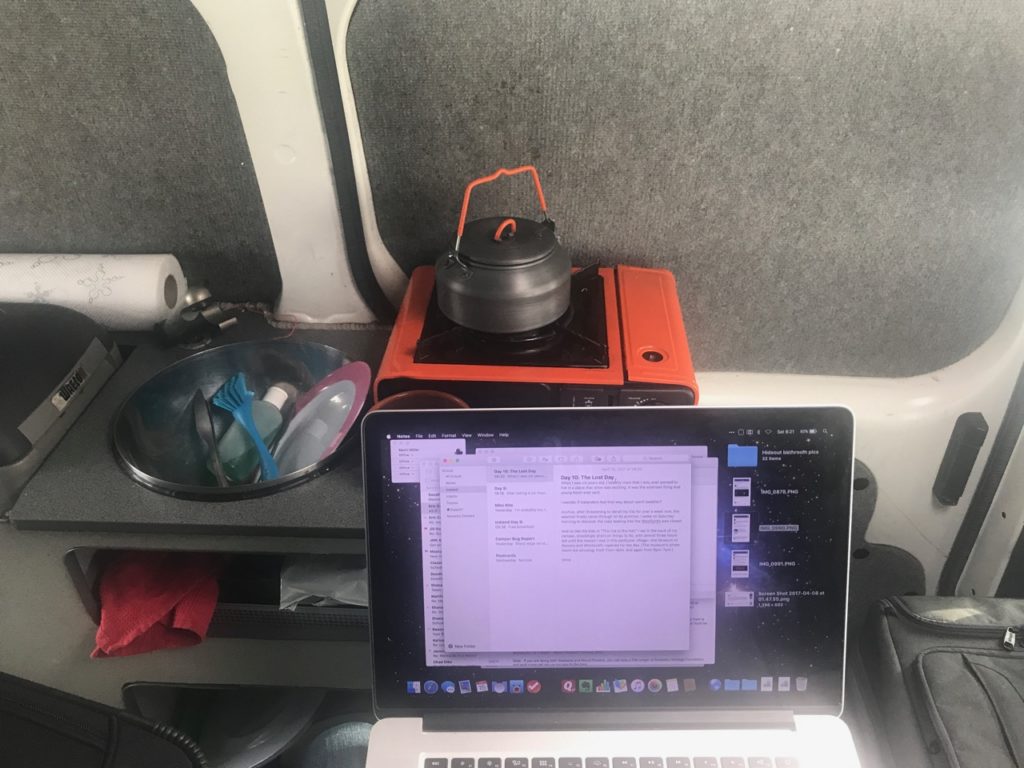 Finally 11:00 arrived, and I drove down the street to the Museum of Sorcery and Witchcraft. This was a quirky little low-budget museum with a strong fishy odor and a bunch of miscellaneous knick-knacks on display. The exhibits were variously interesting and amusing—magic spells back in the day were imaginative and very, very complicated.

And of course there were the well-advertised necropants. They were a model, not actually a corpse’s skin. But they sure did include the weiner.

The largest exhibit provided details about burnings-at-the-stake in 17th-century Iceland, not long before the Salem witch trials. I was torn on how to react, given the hilarity of the charges (knowledge of “farting-runes” and “how to know if a woman was a virgin”) against the fact that these poor folks really were burned alive for this silly nonsense. Twenty people in 31 years, including nine in the years 1674-1678. Ugh.

Before leaving Hólmavik, I hopped into their local pool. It was the first time I’d felt warm all damn day. I simmered happily in the hot tub, catching snowflakes on my tongue, watching in amazement as the attendant unhurriedly worked on the larger pool wearing a t-shirt. Icelanders are made of firmer stuff than I.

Then, around 1pm, came decision time. The “loop” I’d planned to take through the Westfjords was closed, meaning if I drove out to the regional capital of Ísafjörður, there would be nothing to do but turn around and drive back the way I came. I was 60/40 in favor of skipping it entirely and just heading south a day early. But then, kismet struck: I checked Instagram, and the @visitwestfjords account had just posted about an annual music festival that was culminating *that night* in Ísafjörður.

Ísafjörður is probably less than 100km from Hólmavik as the crow flies2, but over 220km when you count the long zig-zagging route to get there, up and down the fjords. Toss in the snowy mountain pass and the trip was well over two hours. I stopped at one point to gawk at an open-sided barn with fish hung out to dry.

I arrived in Ísafjörður, wondering if I’d wasted my afternoon, but the universe kept tossing hints that I hadn’t. I’d managed to park the car directly in front of a nice pub—another thing I hadn’t seen since back in Reykjavik. I sat down with my $13 beer (yikes) next to a rather distinctive-looking woman in a VERY distinctive-looking jacket.

After a couple of hours and a freeze-dried dinner (spicy sausage pasta, not bad) I followed the crowds to the concert, staged in a warehouse just a couple of blocks away. The festival is called Aldrei för eg Suður, literally “I’ve never been south,” and it’s one of those deliberately remote events that’s proud of its inaccessibility. This is the tenth year of the festival, and Google informs me that it temporarily doubles the population of Ísafjörður every year. That’s mind-boggling. I could hardly understand how I’d gotten here, let alone two thousand other concert-goers.

I entered the warehouse—free admission, come and go as you please—and to my surprise, there was the woman in the distinctive-looking jacket on stage, in the middle of her set. Turns out I’d been sitting next to Hildur, lead singer of Icelandic pop band Rökkurró. 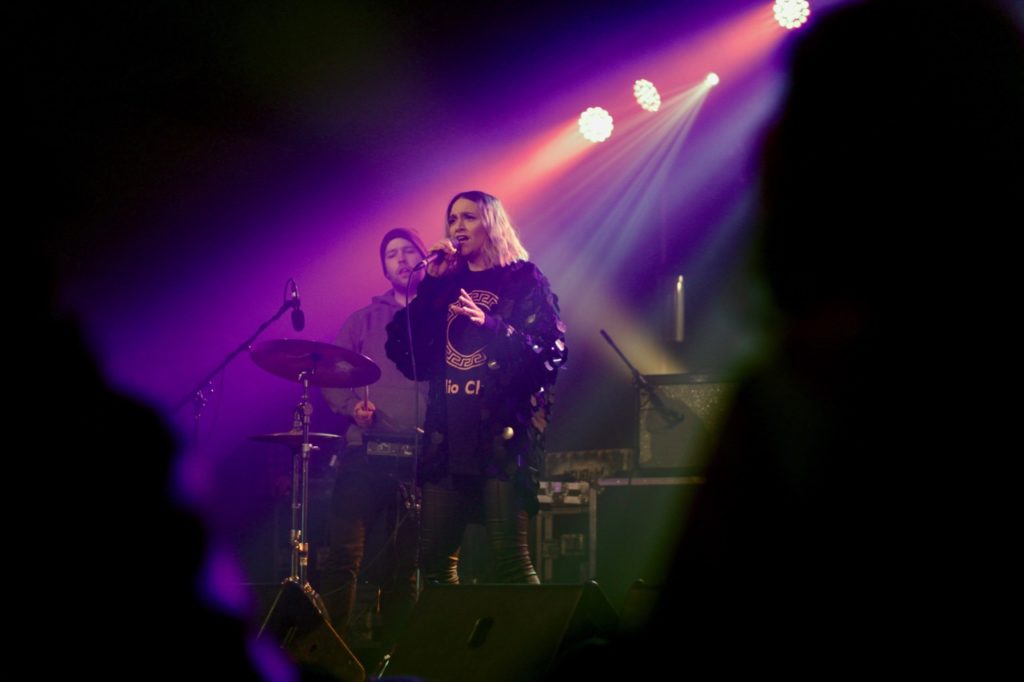 The crowd numbered almost 1,000 and was surprisingly young. There were a dozen babies on shoulders and so many kids in the audience that I couldn’t tell whether this was a “kid band” or not. As the evening progressed, the families filtered out and were replaced by teens and twenty-somethings. I still felt like the old man in the room. I heard an astonishing number of American accents around me; we’re eeeeeverywhere!

After Hildur was Vök, a cool EDM mish-mash with airy vocals and liberal use of a saxophone. 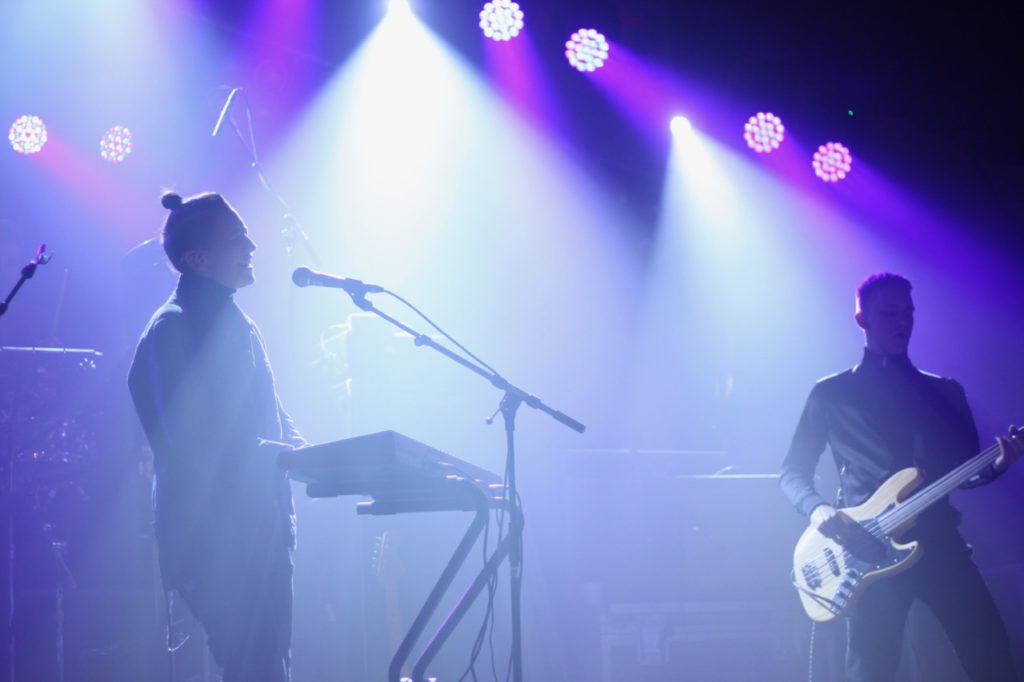 And after Vök was the headliner, Emmsjé Gauti. (It’s pronounced “MC Gauti.”) The crowd went wild. They knew all the lyrics, call-and-responded on cue, and screamed when he took off his jacket. It may be the end of the earth, but this guy is a star here. 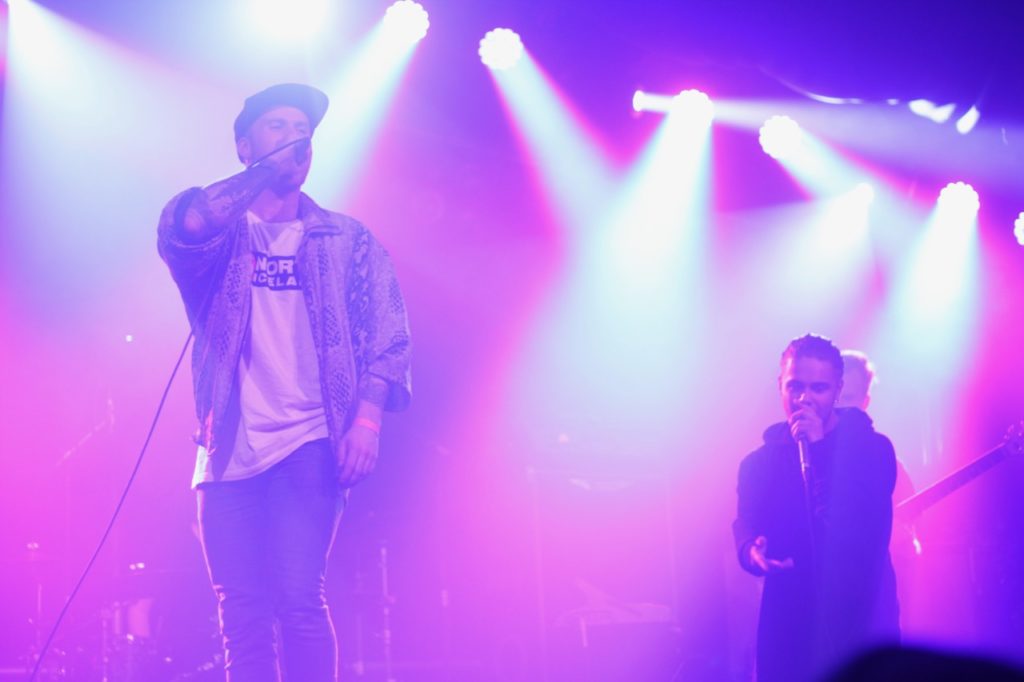 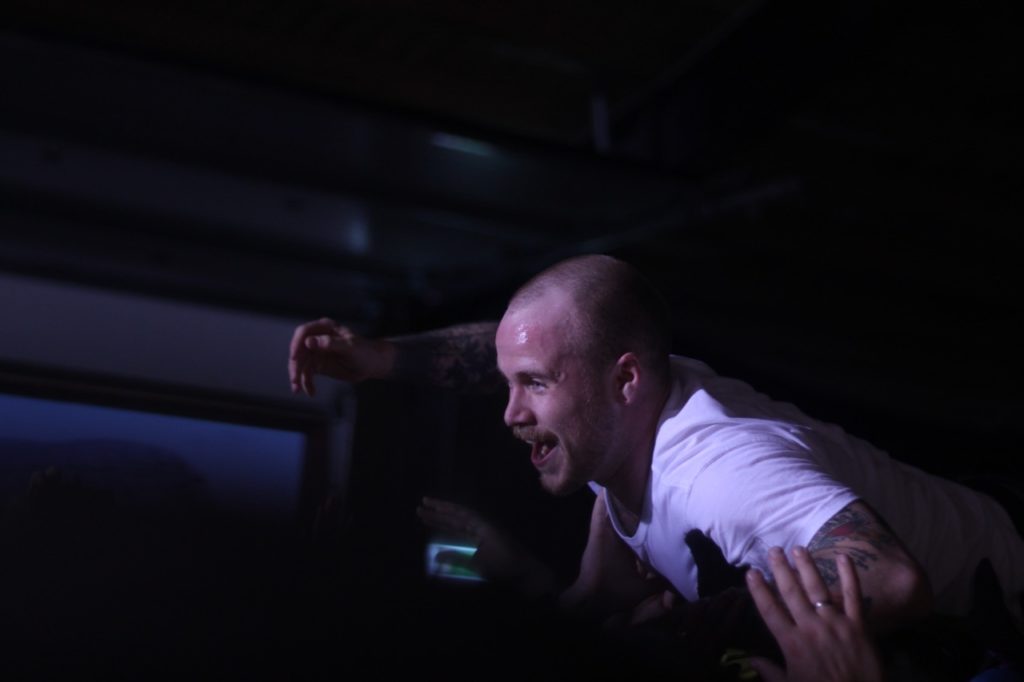