I’ve got a bit of a ranty Marc Maron-style opening today. Please feel free to skip down to the pretty pictures.

I TOTALLY get why people travel with other people. Someone to share your experiences and memories with, split the bills, yadda yadda. I’ve done it myself.

That! being! said! Among other things, I do NOT envy the picture-taking process:

And the whole time I’m there just waiting to get my shot. Give me a selfie stick any day over this little dance routine.

Not far from my campsite Wednesday morning was the trailhead for Hengifoss, “Iceland’s third-tallest waterfall.” They sure do love their superlatives here—how very Texan of them.

It was a two-kilometer hike up the hill to the base of the waterfall, wind blowing so hard I literally had to lean into it a couple of times, snow falling half-heartedly. There wasn’t anybody else on the trail for the entire trip up and back. 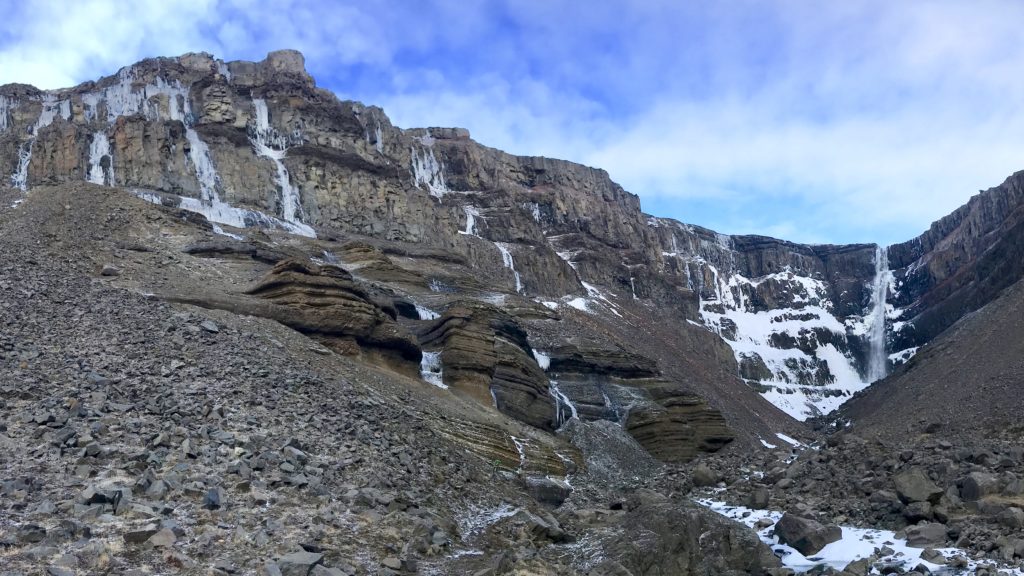 Geology nerd time! The cliff that you see there consists of layers of vertical basalt pillars interrupted by layers of red rusted iron. The pillars were once lava from nearby volcanoes. The layers were once ash from distant volcanoes. This entire mountain—this entire country—is a product of volcanoes. Amazing stuff.

Today’s weather was indecisive, with the sky overhead an ongoing battle between blue and gray.1 I’d say besides the SUPER-SCARY SNOWSTORM you’ll read about momentarily, it was the best weather since my first day out of Reykjavik. You know how residents of Texas, and every other state, love to claim the weather changes every 10 minutes? Yeah that actually happens in Iceland.

I stopped back in Egilsstaðir for gas2; used the Wi-Fi to write a blogpost while uploading pictures and downloading podcasts; then around noon, pointed Björk to the west.

Yet again the drive was pleasant to start with, but as I got to higher elevation, the snowstorm moved in and began blowing onto the road. I wasn’t losing traction, but I was losing visibility. At one point the road was covered in snow entirely, marked only by the yellow markers to either side. There wasn’t much for me to do but sloooowly creep my way forward through the snow, palms sweaty, knees weak, mom’s spaghetti, until I got to clearer conditions. Let’s not make a regular thing out of this.

Once it cleared a bit, the landscape was gorgeous in a Hoth-like way: broad and flat, with neither plant nor animal to interrupt the view. 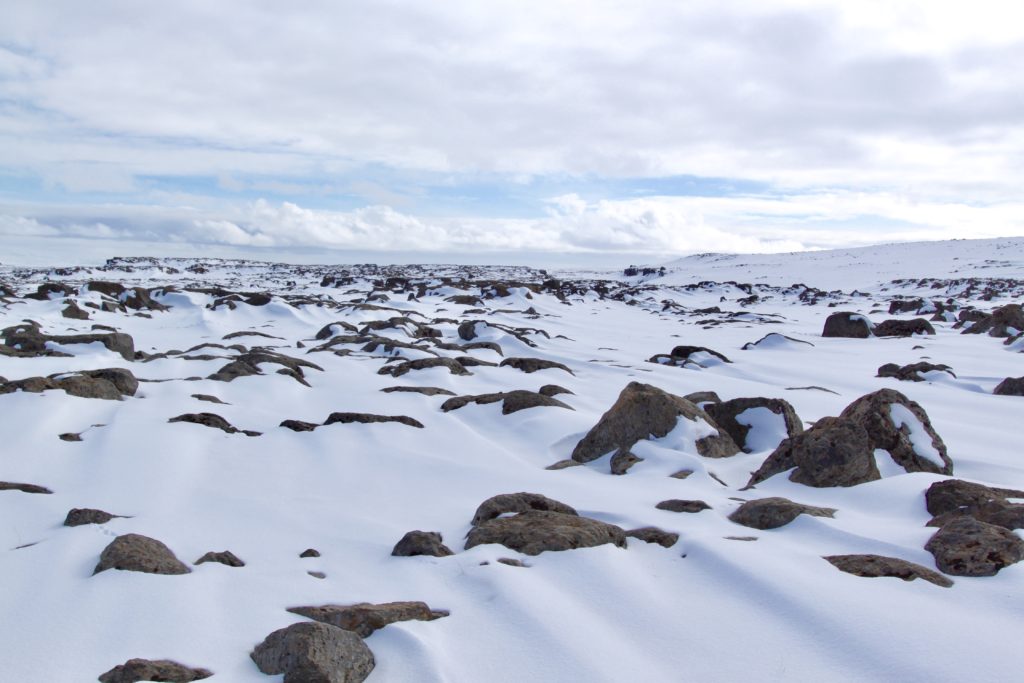 After a hundred kilometers or so, I crossed a river valley and turned right to get to Dettifoss and Selfoss, two more amazing wonderfalls.

The parking lot was full and there were people yammering in a dozen different languages. Yep, I’m officially back in tourist country.

A bit further west I approached Lake Myvatn, the biggest attraction in northern Iceland. It’s easy to see why; the whole area is arranged like an amusement park, with a cave or volcano or bubbling cauldron spaced out at seemingly regular intervals around the lake. Steam was oozing out of the ground right and left, in a few places creating mind-boggling sculptures. 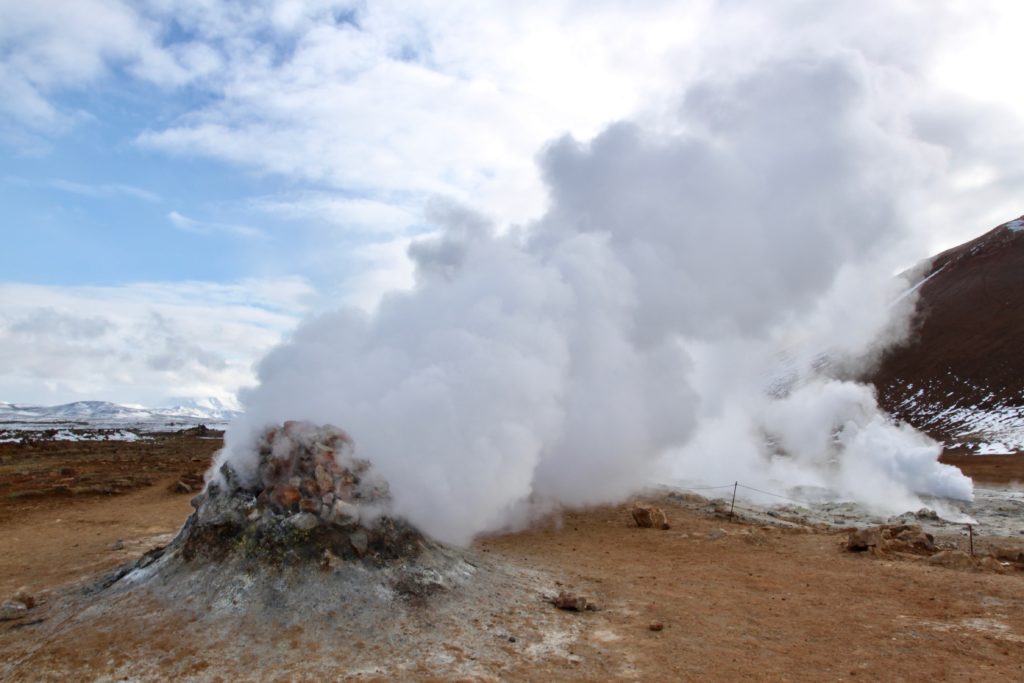 Today’s fun fact: In Iceland they bake bread by burying it in the freaking ground. WHAT PLANET IS THIS.

I also poked my head into the cave where Jon Snow and Margritte got busy in that one episode of “Game of Thrones.” I couldn’t believe how not-child-safe it was: no handrails, no barriers, nothing to stop you from slipping into the hot-water pool inside. Fun story: this cave used to be a popular bathing spot until a nearby volcano eruption in the 1970s raised the water temperature to 60 degrees Celsius. I feel sorry for the first person who figured that out.

I was tired. Around 5:30pm I headed to the campground, and by 6:00 I was parked, sitting in the back of the camper, making an early dinner and going through my pictures. This is what counts as a “slow day” in Iceland: white-out conditions and boiling smokestacks in the earth.

My organizational system within the camper van is improving by the day. Just as these things tend to go, I’ll probably have it perfected just in time to return the camper and fly home.