I slept terribly on the overnight flight from JFK to Reykjavik, occasionally peeking out the window in hope of seeing the northern lights. There was an orange smear of sunlight growing on the horizon when our 737 dipped into a thick layer of low clouds over Iceland. Seconds before touching down, we emerged out the bottom, and I got my first glimpse of the country—mottled soil and rocky coast, all shades of gray this early in the morning.

As a tour bus drove me from the airport into Reykjavik, I had a better view: unkempt fields of green and brown and gray, sprinkled with broken black boulders, fading into mist on the horizon. There were still some smudges of snow clinging to life here and there. Very few buildings in sight; very few roads besides the one we were on. Already, on the ride from its biggest airport to its biggest city, Iceland seemed so beautifully empty.

Finally the city began to emerge around us—heavy industry, apartment buildings, hills and pine trees—and we joined the Thursday morning rush hour (such as it is in a town of 100,000). I listened to the final episode of S-Town so as to drown out the easy-listening music on the bus’s radio. I’m too jet lagged for ya right now, Phil Collins. 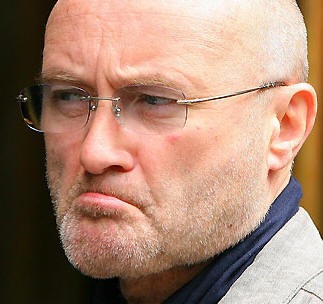 I checked into my Airbnb (a charming little room on the fourth floor) then immediately set to work wandering the city. First came Hallgrimskirkja, a tremendous spartan iceberg of a cathedral less than a block away. Then the Settlement Exhibition, more quirkily known as “871 ± 2,” where I saw the archeological remains of a Viking longhouse built sometime between (you got it) 869 and 873. Then at the Saga Museum, I learned about the history of the country, thanks to the goofiest set of wax figures I’ve ever seen.

Lunch was at a famous hot dog stand. The Icelanders are mighty proud of their hot dogs, it turns out, but they dress them in stuff like gravy, mayonnaise, and fried onions. I know what you’re thinking: That sounds gross. But I’m here to tell ya… Yeah actually it’s a little gross.

After recharging my gadgets (with electricity) and self (with a nap), it’s now 4:00 in the afternoon, meaning this is really a first-half-day report. I’ll catch a few more tourist spots before seeing some friends at the Iceland Improv Festival. Tomorrow I’m going in on a car rental with a few of them—two Brits, two Swedes—and driving the famous Golden Circle.

Hmm, I should probably shower at some point.

ICELAND FACT OF THE DAY: Iceland was one of the last landmasses on earth to see permanent human habitation, only 1100 years ago. (New Zealand takes first prize; aborigines settled there less than 800 years ago.)

One thought on “Iceland Day 1: Sü-Sü-Süssúðío”