A year or more ago, I became enamored with a print that hangs next to the pool table at The Liberty in east Austin. It got to the point that I would specifically choose The Liberty over the other bars in the neighborhood, just to visit “my girlfriend.” I would even choose the table that faced the painting so I had a view of it. This doesn’t happen to me with art! But it did with this one. 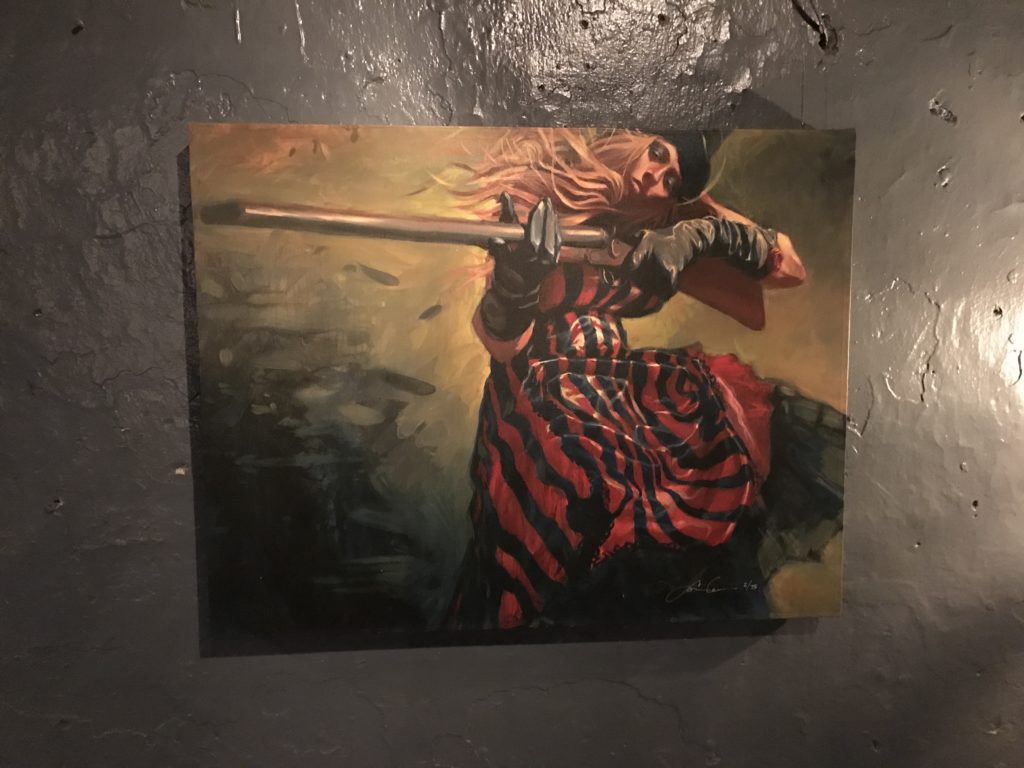 It’s titled “God Forgives, I Don’t.” It’s by an artist called Gabe Leonard. He reminds me of Vermeer in how he captures an energized, dynamic movement and freezes it in amber. She’s swinging the gun around to fire, her face full of resolve, her dress shining and flowing; and yet she also seems perfectly at rest, stuck in time, never to pull the trigger.

Finally one day I got the courage to ask the bartender if it was for sale. No, it’s wasn’t; but they put me in touch with an Austin gallery that had some of his work. And his work is fantastic, you really should check him out! (This is a personal favorite.)

But it wasn’t the one I loved. Furthermore, they told me, Gabe had only created 100 prints of the painting, and they were all spoken for. And there my dream ended; any time I wanted to visit my girlfriend, I had to visit The Liberty. I told my friends that if anyone heisted the painting at any point, they could find it at my house.

My girlfriend—the real human one, not the painted lady with the rifle—knew about my obsession with this painting, and had seen it on a previous visit. And a few weeks ago, she confessed something: she had emailed Gabe Leonard directly (something I never thought to do) and asked if he knew of any prints that might be available. Alas, she told me, he didn’t know of any. That’s too bad, I said; but it was so sweet of her to even try!

A couple of weeks later, a roll arrived in the mail.

Kiki told me the truth about contacting the artist, but she was a sinful liar about no prints being available. Gabe had put her in touch with a gallery in California; they mailed it directly to me.

A few days later I took it to the framers; today, I got it back. I couldn’t be happier. It’s one of the best gifts I’ve ever received. 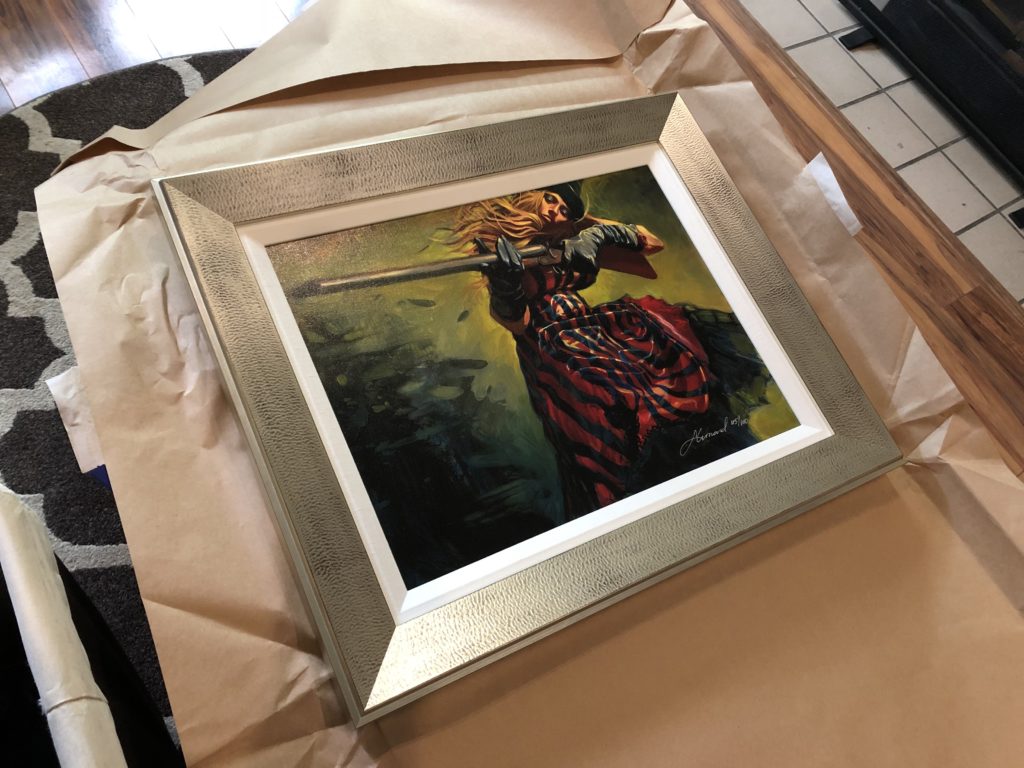 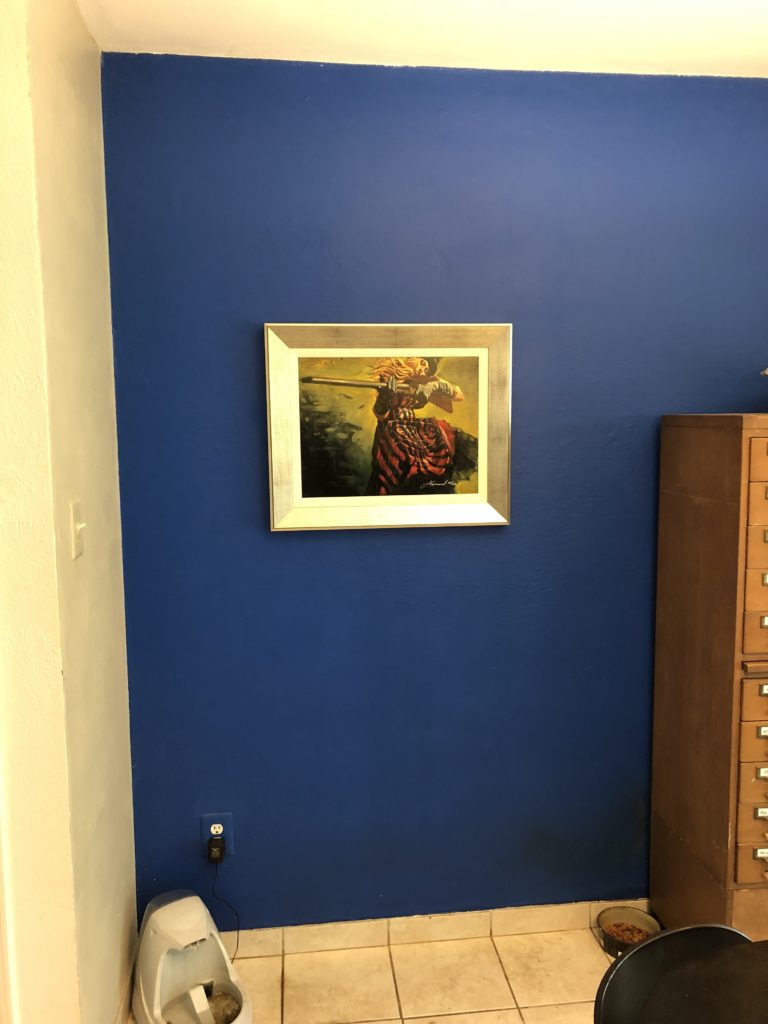 Updated as rarely as most blogs.